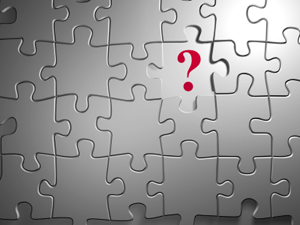 Q. What size photos can you scan ?

Anything from A4 to passport

Q. Can you scan slides and negatives

A. Easy, just give us a call, and if you live within the local area we will pick them up and deliver them back, free of charge. If you live outside of the free delivery area, just send your photograhps in the post, we recommend you send them recorded delivery. We will return everything back to you via recorded delivery.

Q. Can you produce photo books?

A. Yes, we would scan your photos and then design your photo book with you, the cost will depend on the number of photos, so we will have to give you a quote individually

DPIDots per inch is the term used to measure the density of an image, namely the number of dots that can be placed in a line within 1 inch (2.54cm). The higher the DPI used to scan an image, the larger the resulting file will be. Most photographs are printed at 300 DPI, and so scanning at a higher resolution wont improve the quality of the image, however if you intend to print enlargements using a photo printing website it will be better to scan your photo's at a higher resolution and send them the high resolution file. Some web sites will enlarge the print using low quality software, so the more you can do to minimize the changes your printers need to do the better.

JPG JPEG files are the most commonly used method of storing photographs on computers and digital cameras. Photo's scanned to JPEG files do produce excellent results whilst taking up a minimum of space, and achieves this by compressing your images, which results in a loss of quality. However, the JPEG standard allows for different levels of compression, with higher quality scans resulting the less you compress the image. By default, Pixave scan your photographs in JPEG format with the least level of compression, resulting in high quality images that are reasonably large in size. The quality will outstanding and will look fantastic for everyday use such as reprinting your family photographs etc. There are some applications that require a higher quality, e.g. images to be printed in magazines, where professionals require the highest quality possible, in which case, we are happy to scan your photographs in TIFF format which are lossless (i.e. have no compression) but take up HUGE amounts of disk space.

TIFTagged Image File Format (TIFF) files are commonly used to store images within the publishing industry, graphic artists and professional photographers. TIFF files produce a better quality image when compared to JPEG files, because the images are not compressed, however they take significantly more space on your hard drive, e.g. a 1200 DPI scan of a transparency that creates an image sized 5267 * 6899 pixels is 18.2MB in JPEG format but 105.2MB in TIFF format. As you can see from these figures, the JPEG format has removed 80MB of the same image, and therefore it is logical to assume that the TIFF file is of higher quality, however this is a very subjective area as a lot of people cannot tell the difference, and the cost of storing TIFF files compared to JPEG on your systems can be a lot higher simply due amount of disk space required.

MPG is a video standard used for the coding of moving pictures and associated audio, and is named after the Moving Pictures Expert Group and is therefore also known as MPEG. There are various verions of the MPEG standard, MPEG-2 is widely used as the format for digital television pictures and DVD discs. MPEG-3 is widely used for audio compression (hence the .mp3 file name). A later version, known as MPEG-4 (or MP4) is becoming increasingly popular as it produces smaller files than MPEG-2 files (aka MPG) but still has a higher quality.

MOV   is a movie format developed by Apple and can handle movies, audio and still pictures, and is used widely on Apple based computers. .MOV files can be watched on a PC, normally by using the Apple Quicktime software.Unlike MPEG, it can handle a range of picture quality, e.g. HD, SD, and creates movies in very high quality.

DVD is an optical disk format, developed by Sony, Philips, Toshiba and Panasonic in the 90's. DVD's typically hold 4.7GB of data, approximately 2 hours of video. There are however, dual-layer DVD's that hold twice this amount, allowing upto 4 hours on a single disk. DVD's require most movies to be compressed in order to fit onto a disc, e.g. a 2 hour uncompressed movie could easily take up 40GB of data, and the only way to compress the movie down (and keep it the same length!) is to compress the movie, which in reality means that parts of every frame will need to be deleted. This sounds scary, however it's not as bad as it seems, if you imagine a scene such as a local football match, the difference between one frame and the next will be minute, the sky and clouds will be the same, and so in theory all you need to record is the first frame, and then the differences from one frame to the next. This means that your choice of software you use to perform the compression is crucial and will make a dramatic difference to your final DVD quality. Pixave use iDVD, provided by Apple, on best quality settings, which produces videos of outstanding quality.

Pixave are happy to scan your photographs in your choice of resolution file format (JPEG / TIFF) at no extra cost. By default your photograhps will be scanned at 600 DPI into JPEG format, if you have different requirements please let us know in the special instructions of our order page or when you speak to us on the phone.

We'll scan any photo, at any resolution, in either JPEG or TIFF format for £0.09p per photo. The only restriction is that photo must be upto A4 size.

You can of course contact us or use our online system to get a quote and place an order, then just send your photo's to us. We will take great care of your photos.

Why scan your photo's ?

Want to share your photos with your children ? Or are you having a wedding, perhaps a big birthday coming up and want to embarrass the lucky person ?